Why Us?
B/A Florist has been a proud staple of the mid-Michigan community since 1979.  When you step through our doors, you'll be whisked away to a refreshing oasis where you'll be surrounded by flowers and greenery -- regardless of the season.  At B/A Florist, we use only the highest quality flowers and plants to bring your vision into reality.  From small and simple to grand and glorious, we want to help you find the best way to show the people you love how you feel.  We are more than just a flower store.  We're a family that is passionate about helping you celebrate life! 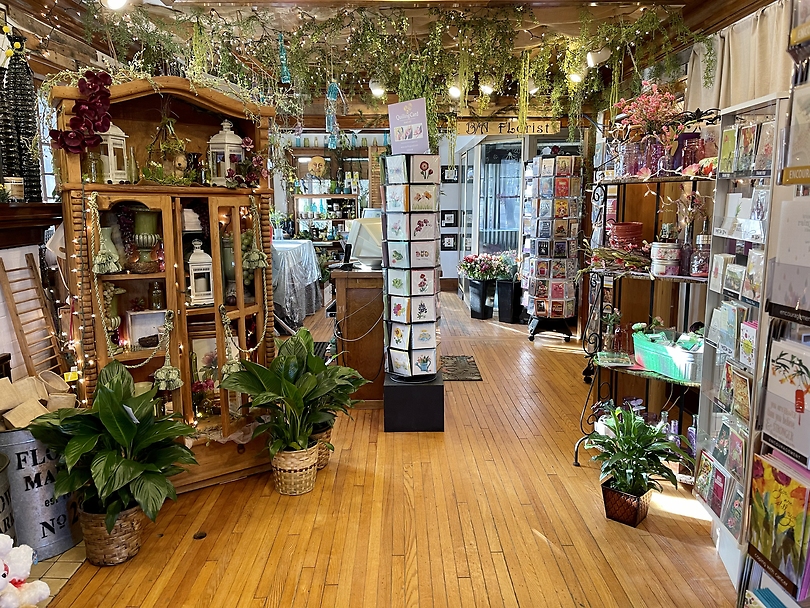 Our History
Barbara Ann Hollowick, aka BA, always had a love of plants and flowers and was great at growing them. She knew early on that she wanted her own store. "Ever since I was a child," she remembers, "I thought that I someday I'd have a plant store."  Then in 1979, B/A Florist opened in Okemos.  B/A Florist started with the intent to be a plant store, but when we added a cooler for fresh cut flowers and floral arrangements it blossomed into the heart of B/A. In 1984 the store relocated to the iconic house on the corner of Grand River Avenue and Hagadorn Road.
In 2012, Barbara Ann retired and her middle child, Laurie Van Ark, took over the shop. Laurie started working at B/A part-time in high schoool, then full time after she graduated from MSU in 1984 (Go Green!). She continued to study at the Master Design School of the American Floral Services headquarters in Oklahoma with designers from around the world.
An East Lansing Family Business Since 1979
(517) 351-4484
© Copyright B/A Florist.
Website Design and Hosting by WebSystems.com